Publishing “From Me to We”

Many people know Margaret Huntley Main as the 1940 Tournament of Roses Parade Queen. And a few even know that she was Howard Hughes’ first choice for female lead in ‘The Outlaw’ (but she turned it down, so Jane Russell got the part).  But Margaret wants to be most known as the author of the From Me to We curriculum to promote multicultural education as part of early childhood education.

After the Tournament of Roses, Margaret found her calling in life to help young ones learn and grow, and became a Kindergarten teacher in the 1970s.  But she soon realized that many of her students who were from ethnic minorities, did not have any learning materials that had pictures that looked like them, or relate to the culture that they experienced every day.  She looked for good books, but couldn’t find any, so she took it upon herself to write them, creating the From Me to We series. 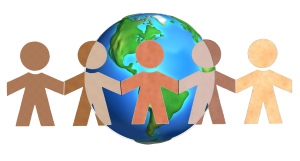 The importance and quality of From Me to We soon were recognized, as they became the adopted early childhood education multicultural curriculum for the State of California.  But a series of unfortunate events were to occur.  First, the Governor of California stopped the statewide adoption process for curricula, and then tragedy struck, and the publisher of the books passed away.

But Margaret didn’t give up.  She kept writing, and created three additional unpublished works as part of the series: Native Americans, Asian Americans, and European Americans.  But with no publisher at the time, these new books, along with the curriculum that had already been published, sat dormant. 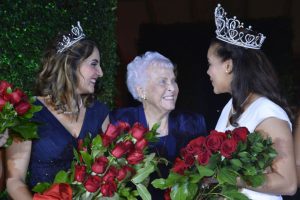 Fast forward 40 years, and Margaret was determined to have this work see the light of day again, and be a light again for teachers to have as resources to help children of all ethnicities.  After many “dead ends”, she talked about the project with Jacob one day, and given that she wanted to ensure that the books could be freely shared to any teacher who wanted them, and that any hard copies that she sold, would have their revenue go to charity, he volunteered to help.

But there was a need for more help than just him. The problem was that while many people wanted to help, they didn’t have the technical skills.  So, always one to want to get “more effect for the effort”, Jacob used the process to develop the curricula “From Paper to Published” that could teach volunteers how to scan in a printed manuscript, how to use OCR to covert it to a format that can be edited in a word processing program, and then how to use advanced editing skills in Microsoft Word to clean the documents formatting, and ultimately how to publish the books online.

Below is the Teaching Guide of the series:

A wonderful author had once published a series of curriculum books, called "From Me to We", and wanted to re-release them for free to help teachers have more materials.

The original books only had hard copies. To solve the problem of re-releasing the books, and having help in doing it, Jacob developed a curriculum of "From Paper to Published", which utilized the "From Me to We" series to teach students how to publish their own works.